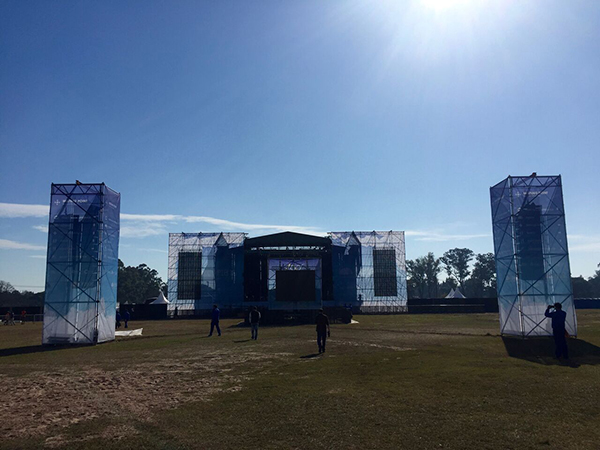 Tucumán, Argentina – January 2nd, 2017. As part of Argentina’s bicentennial commemorations, local authorities organized a special festival in a hippodrome located in the state of Tucumán. Over eight days different kinds of events were presented, including shows by local artists, on a stage located in a large area with sound provided by several STS systems and Powersoft amplification.

Equaphon, Powersoft’s distributor in Argentina and Uruguay and manufacturer of the STS brand, was present during the festival which was carried out from July 9th to 16th, to provide technical support – trough engineer Eduardo Sacerdoti – to rental company Home Pro.

The main requirement for this event was to provide sound for the part of the venue where the main stage was located, for which Eduardo designed and set up the sound system to be used over all the festival’s nights.

There were also 28 x STS Concerto INFRASUB units working with seven Powersoft K10 DSP amplifiers. A system this way configured allows to be controlled using Powersoft’s Armonía software, so it is possible to control self-powered equipment and passive systems from the same software using Powersoft amplification racks. This represents a huge advantage for sound companies that use self-powered loudspeakers with Powersoft modules and passive systems powered by Powersoft amplifiers.

Due to the event’s magnitude, the production laid out an audience area of approximately 180 x 80 meters, which is more than 14,000 sqm. That size gives an idea of the system’s dimension, especially the need of using delay towers. One of the first concerns found was about the general venue. Although it is reasonable to think that in an outdoors hippodrome there is not going to be any problem, thanks to satellite images (Google maps) they could check there were no buildings, geographical defects, and so on.
The next step was to work on the plot given by the production, with which it was possible to reconfirm the requirements and start creating a solution.

A system prediction was done on Ease Focus and angles were adjusted to achieve an ideal coverage.

Delay towers were placed at 65 meters away from the PA. This way they could achieve the coverage needed using 11 units per side, especially for mid and high frequencies.

When arriving at the venue, the staff checked distances and structures were in place according to the plot and also checked the vertical and horizontal coverage, to be able to continue with the subwoofers set up. This time it was chosen to assembly separated groups of four STS Concerto INFRASUBs in a row formation. Using digital delay, it was possible to carry out an “arch” arrangement and achieve a more homogeneous and no too much-concentrated coverage.

By using Powersoft’s Armonía software they could connect to the system to be configured. “It is very useful to be able to group and configure loudspeakers in different groups to control the system in modules. This can represent a group for the whole system, another one for the left side, the right side, top loudspeakers, lower units, and so on”, Eduardo said.

After aligning the system and subwoofers, they started configuring delay towers, using also the Armonía software. 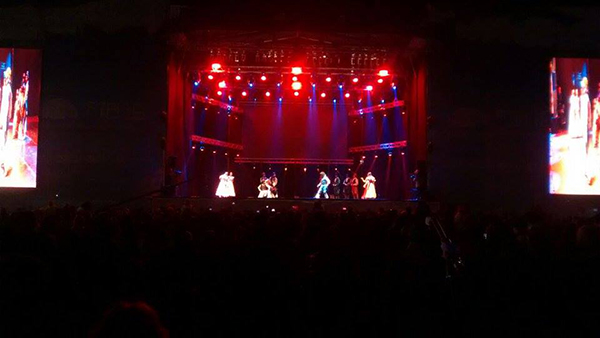 “It is always good to control the system during an event using some measurement software and the Armonía software to guarantee the right performance”, Eduardo added.

“In this kind of project, you can really appreciate all the advantages Powersoft brings, which go way beyond being an extremely sound quality, low power consumption, small size and low heat dissipation amplification, besides other already known advantages. The fact of having such a powerful software allows us an incredible integration and we can always ask him to do something else”, Carlos Maiocchi, Equaphon’s General Manager, concluded.