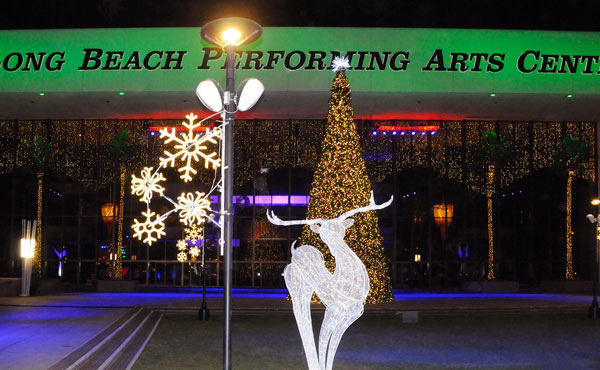 February 28, 2018 Long Beach, CA — The Long Beach Convention & Entertainment center in Southern California is more than just an event space. It is also a valued civic space for the residents of Long Beach, abutting both the city’s downtown business and shopping district and the mighty Pacific Ocean. When the center began to upgrade its Pacific Ballroom into a 40,000 sq. ft. floored event space, it reached out to Los Angeles-based design firm TheatreDNA Creative. Such began a multi-year relationship that led to the company’s work on modernizing the complex’s audio capabilities with the power and flexibility of Powersoft’s unique and innovative DEVA platform.

The convention center tasked TheatreDNA Creative with designing an audio solution for its Promenade Lobby & Plaza. “Quality audio is really important for creating an atmosphere,” says Michael Ferguson, Principal at TheatreDNA Creative. “There are a lot of different types of performances that happen throughout the property, and they wanted to be able to reinforce a performance by starting the experience at the curb. For example, if it’s a Long Beach Symphony performance, they would like to play a little classical music for people on their way in through the plaza.”

Future-proof wireless
Distributing audio throughout the sprawling complex was not a simple task. Ferguson knew that they would need a cutting edge solution for their goals. “We were looking for a new product that allowed us to transmit the audio via Wi-Fi or other RF,” he says. “We discovered DEVA and saw how it would enable us to deploy audio throughout the property using only the existing power infrastructure and transmitting the audio signal through wi-fi from our existing control location and became interested immediately.” 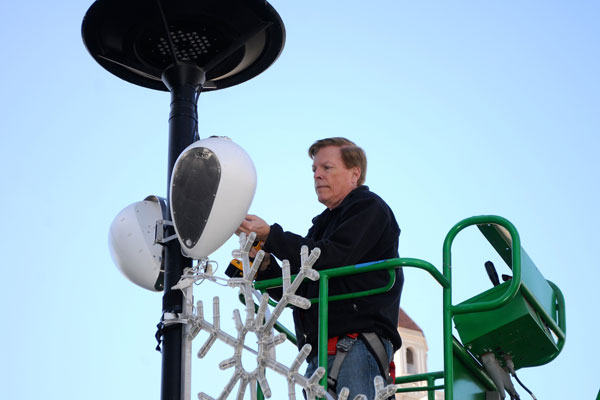 ireless transmission was more than a matter of convenience. The 50-year old property of the convention center was built with concrete up to 14” thick — which would have made running traditional cable underground almost impossible and unbearably expensive. “I’ve been told that there are airplane runways in California that aren’t that thick,” says Damien Rozendal, Assistant Project Director at 4Wall Entertainment. Rozendal’s company came onboard to integrate TheatreDNA Creative’s design for the space. “The coring expenses that would have been required to bring data cabling out to each of the individual install locations would have been prohibitive, so wireless connectivity was essential. Having each of the speakers connected wirelessly also gives us the flexibility to reposition the units if the initial layout doesn’t match the user’s future needs, or even if a temporary reorientation is desired for a specific event.”

But Ferguson never would have specified DEVA for cost-savings reasons alone — the system still had to meet his rigorous quality standards for audio quality and reliability. “There’s no other product on the market like DEVA really, but we did conduct a shootout with DEVA against the existing speakers that we had on the property that would need to be wired,” he explains. “And DEVA sounded just as good as the wired speaker did, so we were able to save all of that money on the install costs without any reservation.”

Multi-point audio, respectful of neighbors
Distributing sound reinforcement tasks across numerous DEVA units located around the plaza allowed Ferguson to achieve high levels of coverage with modest levels of sound pressure, and none of it concentrated in a single location. “One of the problems we have here is that we have condominiums that are literally at the edge of the property, so we needed to be able to distribute the audio rather than crank it from one location,” he says. “Even at that low level, we were able to get a really good audio signal with great intelligibility. We were even able to tweak some of the EQ settings within the app to work around the ambient sound of the fountain that’s on site and get level that is perfect for people on the property and not loud enough that the neighbors would be disturbed.” 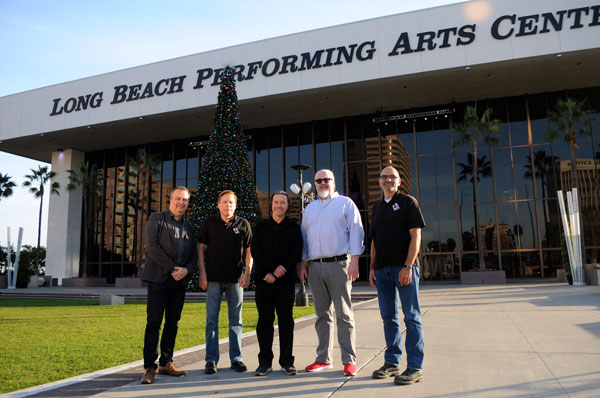 Controlling the experience
Control of DEVA is administered via the DEVA System Manager web app and via a personal computer implementing the DEVA Director PDD OS. “The controls provided by both the app and the computer-based controller allow a great deal of flexibility to customize the signal down to individual speakers,” Rozendal says. “We can mute a speaker at a moment’s notice, or bring in live reinforcement through push-to-talk capabilities. It’s just highly customizable for the end user. A different control system would require rewiring and a total re-engineering to change from one purpose to another, but this is so easy.”

The ability to adjust or mute individual speakers’ playback has numerous applications and advantages for the space. “Selective muting allows the user to strategically utilize the DEVA units in parts of the plaza without stepping on or conflicting with local sound reinforcement from various activities that may be occurring at any given time,” Rozendal explains. “This can be useful for events like trade shows, allowing them to match the needs of concessionaires who may have their own multimedia playback system.”

DEVA: power to the people
Ferguson found DEVA manufacturer Powersoft’s support exemplary. “We work with a lot of companies from around the world,” he says, “but it was refreshing to know that Powersoft had great representation here in the United States that were very attentive to our needs. Whenever we had a question, if they weren’t able to answer it on the spot we would always have an answer within 24 hours. Once the system was online, they even helped us configure and tweak it even further and make it sound even better.” 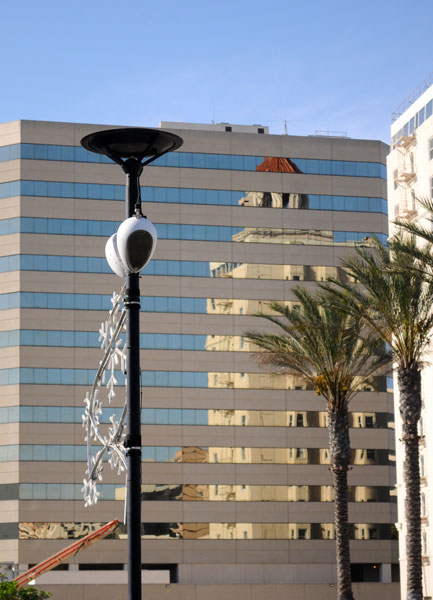 The implementation of DEVA has been a boon for the facility’s staff, who are tasked with helping the Long Beach Convention & Entertainment Center run smoothly 365 days a year as it plays host to countless diverse events and international guests. “Last year we had an unprecedented 1.4 million visitors and guests coming through our doors,” says Charlie Beirne, General Manager of LBPAC (LBC&EC)/SMG. “We want to give both our visitors and the community an experience that they won’t forget, and DEVA helps make that possible.” He notes DEVA’s excellent audio clarity, which stands in stark contrast to the crackling, tinny speakers often associated with many outdoor spaces. “We also appreciate the security applications, like the ability to make an announcement if we have a piece of information we want to share with the community.”

Deva: building a bridge to the future
The next phase of the DEVA installation entails distributing speakers across the new Rainbow Bridge, an elevated walkway connecting neighboring road Seaside Way to the Terrace Plaza and that doubles as an event space and featuring custom lighting. This phase, scheduled to begin in summer of 2018, will take advantage of some of DEVA’s other capabilities such as its camera and proximity-detection for increased security. “The ability to interact with patrons remotely is really valuable,” says Ferguson. “Someone can walk up to a speaker and the proximity detector tells a staff member that there is somebody in front of it. They can then turn a light on and talk back to that person through the microphone. There are often a lot of people in a very open space, so that could be something that is really important to the site in the future.”

The new DEVA units have already shown their mettle at events like the annual Tree Lighting Ceremony, and further opportunities to shine are on the horizon. “I think a lot of people are looking forward to DEVA’s use during the Grand Prix, which will be huge exposure for the kinds of capabilities it provides,” says Rozendal.

For Ferguson, the flexibility of DEVA has revolutionized the way the space is administered. “DEVA allows us to have audio that engages patrons from the moment they step on the property,” says Ferguson. “In some cases that helps welcome them to the property in a way that wasn’t before possible, but it also helps make sure no one is on the property unsafely when it’s closed. None of that was possible before DEVA.