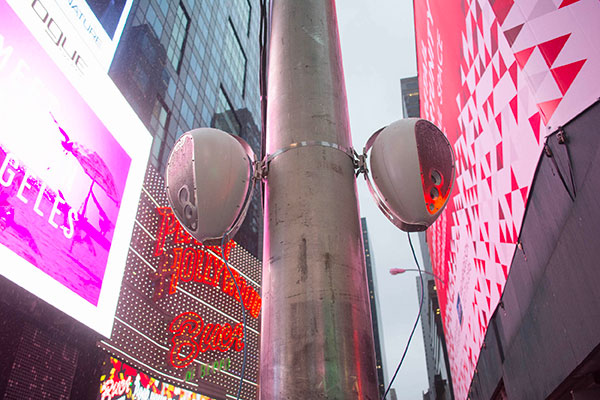 New York, New York. January 11, 2017 – For people up and down the East Coast and around the world, there is no more vaunted place to be on New Year’s Eve than New York City’s Times Square. Whether you waited out in the cold for a chance to watch the evening’s events unfold firsthand or you are one of the over a billion viewers tuning in on TV, nothing rings in the new year quite like the big ball dropping in the city that never sleeps.

Maryland Sound has been on the ground for this worldwide phenomenon for the last 17 years, providing the live sound that makes the event a magical experience for the over 2 million attendees braving winter weather for an up-close glimpse of the shiny ball. The company has an unassailable reputation for excellence in event sound, handling numerous major events around the country including the last six presidential inaugurations, concerts, festivals and rallies on the national mall, as well as corporate and private events and music tours, but he is always trying to create a better experience for his clients and event-goers. 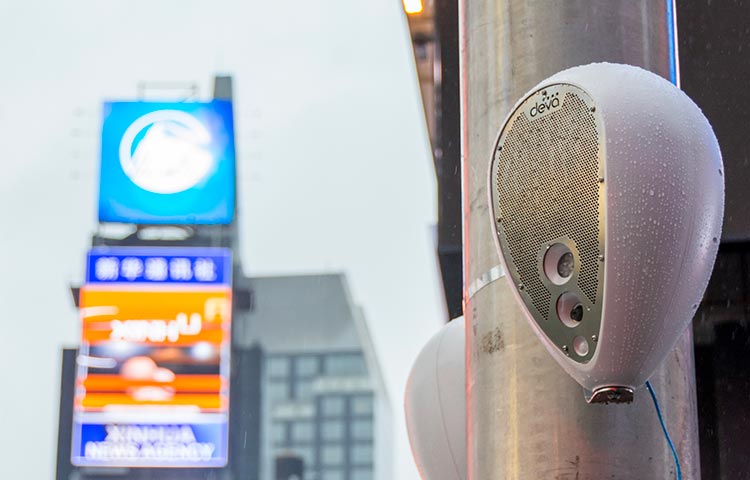 Thanks to a keen eye for the latest technological innovations by owner Bob Goldstein, Maryland Sound started using Powersoft amplification from the minute it became available in the US. “We immediately recognized the attention to detail in the design and layout of Powersoft’s amplifiers and the amount of power they could provide for their size, not to mention the outstanding sound,” Goldstein says. “Over time we would also learn that they were extremely reliable.” As one of Powersoft’s top customers year after year, the Maryland Sound team had heard about the new Deva multimedia device powered by Powersoft in its earliest stages. “We first saw it when it was just a concept, and we’ve been talking about it and waiting for it ever since,” he says. Maryland sound recognized it as a compact, weatherproof device with functions that could play an important role in a large event like New York City’s New Year’s Eve celebration. “I saw right away that Deva was an outstanding communication and surveillance device which could assist security and emergency services to observe and communicate in a place like Times Square,” Goldstein says. Upon release, Maryland Sound quickly purchased a Deva system ahead of this year’s celebration.

Success by Design
“The key to our success is the extensive testing we do of each rig before we show up for a job,” says Benjamin Krumholz, Systems Engineer for Maryland Sound. As soon as they received the Deva units, Krumholz and his team set them up around Maryland Sound’s large campus in Baltimore to take them for a test drive. He quickly found that they were both versatile and durable.

The revolutionary Deva packs an incredible amount of functionality into its uniquely shaped and compact enclosure. Featuring bi-directional wireless A/V communication as well as lighting, Deva is powered by an ultra-efficient Class D amplifier allowing up to 115dB of audio output. “It’s amazing how much output it can achieve given its size,” Krumholz says. Another key feature for Maryland Sound was the Devas toughness in the face of inclement weather. “These units are designed for permanent outdoor installation, and it was clear they could handle whatever the New York winter could throw at them, Krumholz adds.

Krumholz strategically placed the Deva units in pairs throughout Times Square. “It went up incredibly fast,” Goldstein added. “With the network control integration built into the Deva, Goldstein and Krumholz set up a LAN network in the square for their system. “It inspired us to set up an IP network in Times Square for the first time,” Krumholz says. Cisco SG300 switches help create a separate VLAN for the Deva within a broader system network to take advantage of the Deva’s vast networking capabilities. 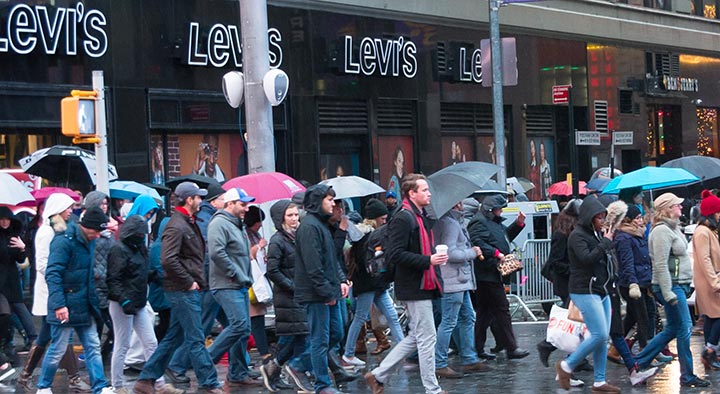 Multi-Function All-Star
From their perches just above crowd level, the Deva units served multiple functions during and leading up to the big day. “First, we preprogrammed the Devas to play some music playlists in the days ahead of the 31st to help set the mood in Times Square before the event,” says Krumholz. On New Year’s Eve, the Devas provided live video feeds to the control booth. The video feeds provided Goldstein, Krumholz, and their team with a valuable sense of how the crowds were developing and moving through the space, as well as whether there were any security concerns. “The ability to get an up-close look at what’s going on in the crowd is not something we’ve ever had before from the comfort of our control room,” Krumholz says, referring to the large black shipping containers stacked two units high seated on an island between Broadway and 7th Avenue that served as their base of operations for the event. “It really changed things,” he adds.

More to Come
This year’s Deva rollout was just the beginning for Maryland Sound. “This is the first time we got to see these units in action, and the first time we were running an IP network in Times Square,” Krumholz says. “There will be many more interesting possibilities going forward that will incorporate Deva into a lot of different kinds of environments.” For Goldstein, a key part of his business has always been increasing the value his clients are getting from him and increasing the value of his services by doing so. “Deva can provide a lot of utility to large event setups or permanent installations by expanding security monitoring and emergency messaging capabilities,” he says. “I can see big things for this product.”