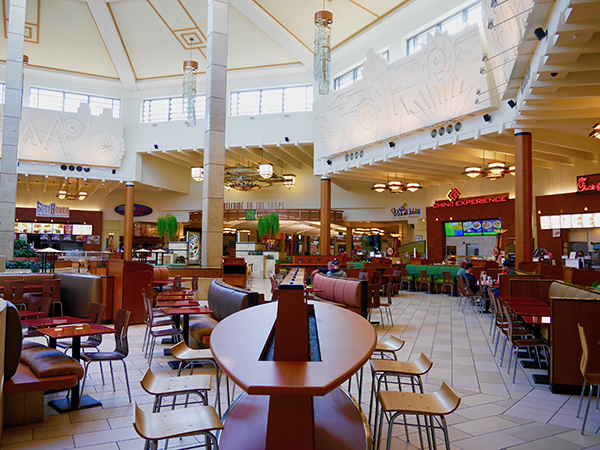 Plano, TX – In the new millennial, the words ‘innovation’ and ‘shopping mall’ are often considered oxymorons. But at The Shops at Willow Bend, a shopping mall with 125 stores and over 1.3 million square feet of retail space, nothing could be further from the truth. Property owner Starwood Properties has recently invested $100 million in a development makeover, which included an entertainment district with several restaurants among other renovations. This past July, Patrick Burke, President of Little Elm, TX-based BBD Technologies, spearheaded a comprehensive audio system upgrade consisting exclusively of Powersoft Ottocanali, Quattrocanali, and Duecanali amplifiers.

Cutting edge innovation is part of The Shops at Willow Bend’s DNA. Some of the marquee anchor retail shops in the mall include an Apple store, Niemann Marcus, Crate & Barrel and a brand new, 60,000 square foot Crayola Experience that was created in 2017. As the A/V system engineer for the entire mall, Patrick designed a comprehensive upgrade for the mall’s audio system — which is routinely used not only for music and entertainment but also for emergency warnings, desk paging and other announcements both inside the mall and within its parking environments.

Despite operating in an economy that increasingly favors online commerce, The Shops at Willow Bend continues to play an irreplaceable role for its affluent customer base. “This is different than what you might experience online,” says Patrick. “Here, you can put your hands on different products or try certain clothes on. There is a significant number of Americans that are still interested in touching and feeling products before they buy.” 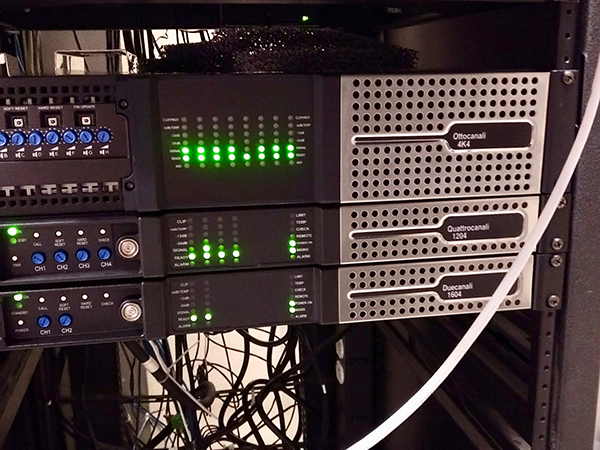 A powerful audio makeover
With 1.3 million square feet of retail space, audio plays an integral role in the consumer experience. In the case of The Shops at Willow Bend, the audio system that had been in place for 17 years had reached its end of life and it was time for an upgrade. “I designed an entirely new system that featured a touchscreen control system and a ‘send-view’ platform — allowing users to access an individual area on a map along with controls for that particular area. The other major consideration in the redesign was that we had continuously been repairing these older amplifiers that were already in there. These were mostly class A/B amps with power supplies that were starting to fail, fans that didn’t work and limited access to back panels — we had to remove the amps from the racks just to access them.”

After a meeting with Kurt Metzler of Powersoft at the 2018 InfoComm show, Patrick took a close look at the Ottocanali, Quattrocanali and Duecanali amplifier platforms: “I was enthused by the quality of the products and the fact that they are made in Italy is something that I respect,” he says. “I was originally considering using a different major amplifier brand, and in fact already put an advance down. But when I saw these amplifiers I changed my mind.” Burke acquired a Powersoft Ottocanali 4K4, a Quattrocanali 1204 and a Duecanali 1604 for a total of 22 channels and 8,000 watts driving 16 zones and over 500 speakers.

The Ottocanali 4K4, which carries 4,000 watts over 8 channels, is the primary system running the mall, while the Quattrocanali 1204 provides plenty of power for an outside speaker area and adjacent offices. The Duecanali 1604, which produces 800 watts per channel, serves as a backup amp for any channel in the facility that might need support. “I had a couple of other competitor’s amplifiers in there that failed, and my Powersoft unit came to the rescue and is doing a phenomenal job. Now, if I have any other failure, I can punch up that Duecanali in a moment’s notice.”

Ringing in a new era of audio quality and efficiency
Burke and two of his associates performed the installation over the course of two evenings, July 30th and July 31st. Situated in an equipment closet of the security office, the old amplifiers — which consumed a total of three 72” racks and weighed about 50 pounds each — the old amps were replaced with a new Powersoft system that consumed just five rack spaces. Burke says that the new amplifiers are not only throwing off much less heat but also consume power much more efficiently: “Due to the way these amplifiers work, we are probably using about 30 percent of the AC wattage that we used to use in the past. Plus I am running all of this off a single 120-volt circuit!”

Since the Powersoft system has been in place, it has been performed flawlessly, he says. And while he chose not to swap out the old speakers, by all accounts the system sounds remarkably better: “Even though those old speakers have been in the mall for 17 years, everyone I talk to says it sounds better than it ever has. And I didn’t even mess with the EQ or anything else in the system. There were even areas we couldn’t hear before at all, but once we put the new Powersoft amps in, all of a sudden they were working again.”

Burke is proud to have designed such an impressive solution for The Shops at Willow Bend and is convinced that this new audio installation will positively impact customers’ mall experience. “It is a beautiful system,” he concludes. “I have to be honest with you — I have never been so proud of any of my designs as I am of this one.”