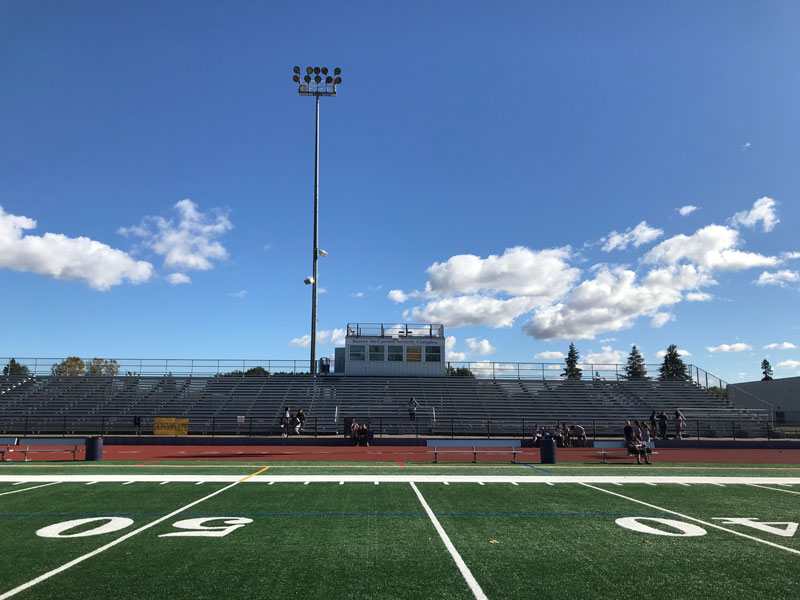 Pleasanton, CA – November 21, 2017 – Located in the San Francisco Bay area, Amador Valley High School in Pleasanton, California, is known for both its academic achievements and its football team, which boasts a winning record so far this season. As one of two high schools in a town of 74,000, Amador Valley High School serves 2,650 students and 175 staff members who pack the stands on Friday nights to watch their ‘Dons’ take on the competition.

But the school’s football field is not just a hub for football games. It also hosts Amador Valley High School’s graduation ceremony each spring, the most important event of the year for parents, faculty, staff and students. When the school was looking to replace its sound system, school directors were squarely focused on superior sound quality, intelligibility and reliability. Concord, California-based audio installation company Premier Media Integration was tapped for the job and chose Powersoft’s Ottocanali Series 8K4 amplifiers to power the system.

Garnering Great Sound with Powersoft
A 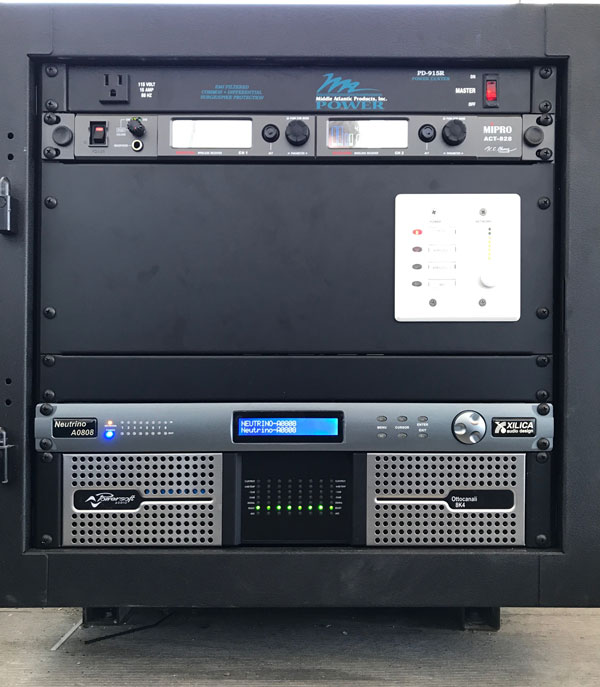 n advocate of Powersoft amplifiers for many years, Graham Cooper, president of Premier Media Integration, knew the Ottocanali 8K4 amplifier system was best suited to power the system while providing dependable audio game after game. “We never have to worry about Powersoft amplifiers,” Cooper explains. “They are extremely reliable and I’ve never had a failure. When we turned the speakers on for the first time — even before we applied DSP — there was a class on the field and the coach looked and up to us and said, ‘Man, that sounds great!’”

Boosting the Channel Count
The Ottocanali’s 8-channel count was more than sufficient for the system requirements. These channels drove power to two speakers on the ‘home’ side of the stadium, two on the ‘away’ side, one in front of the broadcast booth and one near the field’s Snack Shack.

Instead of trying to stack four two-channel amplifiers, Cooper appreciated being able to power everything using a single Ottocanali with minimal rackspace, since space is at a premium in the stadium’s relatively compact broadcast booth. “At Amador Valley High School, we don’t have a lot of rack space, and electrical is at a premium. So being able to leverage Ottocanali’s 2U-space, 8-channel count is a much better option than having to deploy four separate stereo amplifiers, which is inefficient and a waste of space” Cooper explains.

Output Connections
The Ottocanali 8K4’s ability to support any combination of Lo-Z loudspeakers, mono-bridgeable channel pairs and 70V/100V Hi-Z distributed lines was another major plus for the installation, says Cooper. “Being able to run both Lo-Z or Hi-Z was necessary on this project,” Cooper said. “We ran the ‘home’ side and Snack Shack speakers in Lo-Z and, because of the distance, the ‘away’ side speakers at 70V.” 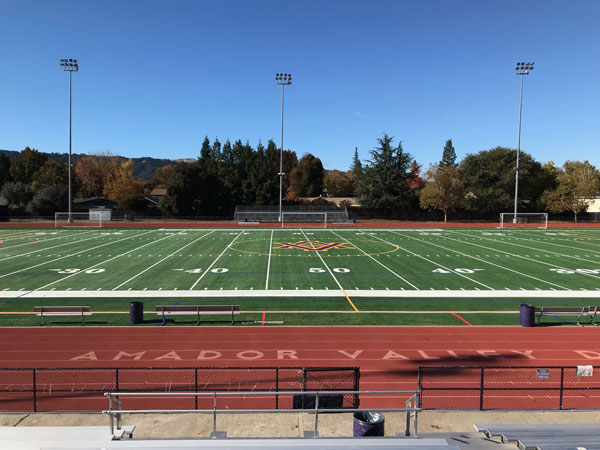 Set and Forget
No matter what type of installation he is working on, Cooper is cognizant of the long-term value that Powersoft is able to deliver. “I always strive to use Powersoft, even if it is an extremely tight budget,” he said. “They never break down, they always sound great and are a great long-term investment for the client.”

His decision to use the Ottocanali on the Amador Valley High School stadium also means no on-site maintenance calls. “My experience with Powersoft is that it is ‘set and forget’. Even though they might cost a little more money up front, we find that it is worth it because we don’t get any negative feedback and our customers are always happy. Six months down the road after the installation, we don’t have to worry about Powersoft amplifiers.”