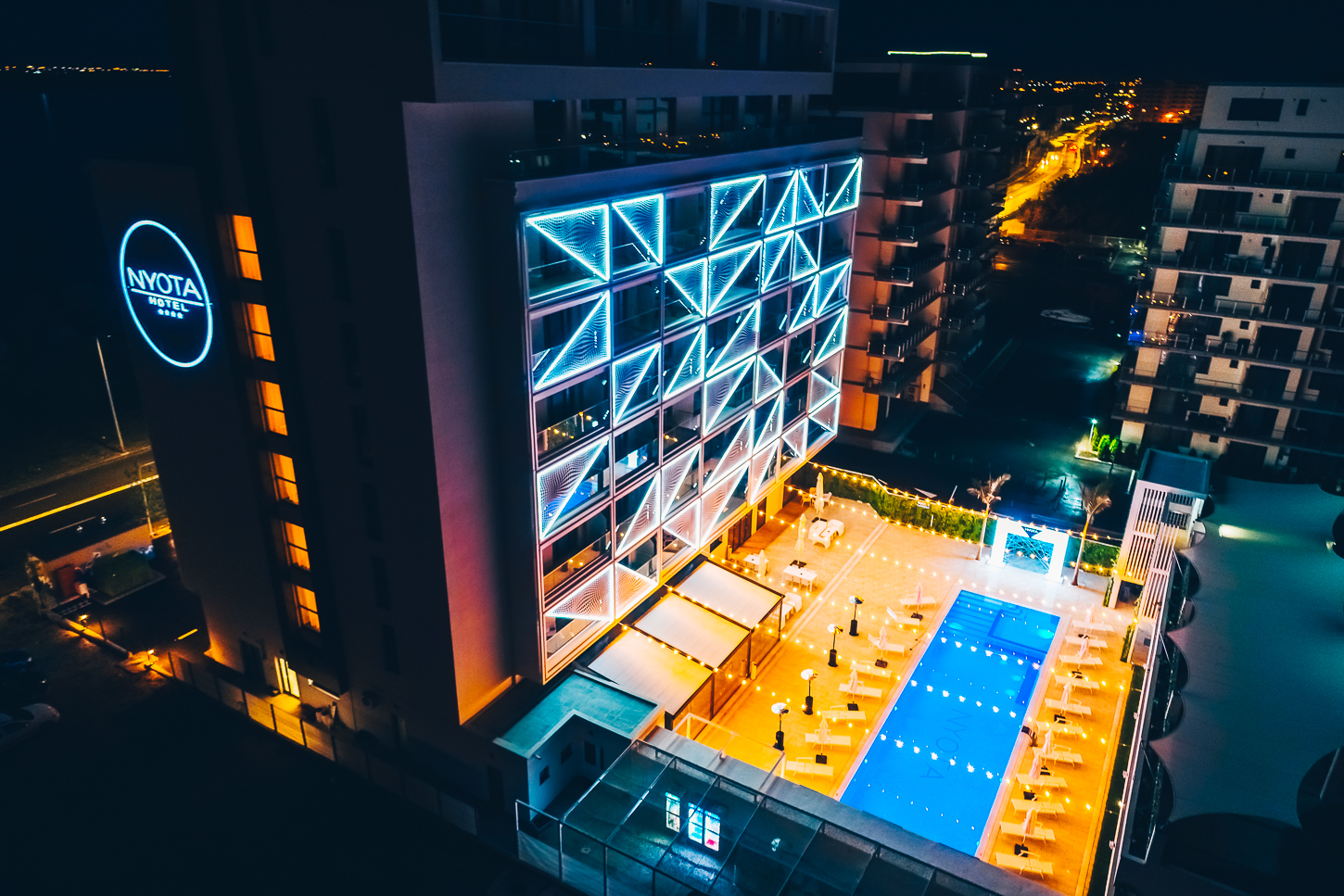 Florence (Italy) 13th November 2018 – Located between the Danube and the Black Sea, with stunning lakeside sunset views of Siutghiol Lake, Romania’s newly-built, five-star, Hotel Nyota offers luxurious accommodation coupled with state-of-the-art conference and theatre facilities to cater for both exclusive tourism and business. A premium solution was required, according to systems integrator and Powersoft Distributor Marius Craiu, sales & marketing manager of AudioVision Store, and the only viable option as he saw it was to use Powersoft Ottocanali power amplification systems, to manage the zoning and room audio systems.

With varied and sophisticated objectives, the hotel needed the AV system to cover all areas of the hotel including conference facilities and a 70-seat theatre, with priority for EVAC announcements and both local and remote control of the zones. Though the best quality sound system was a must, Craiu explains, “the hotel’s prime objective was for it to be simple to use and reliable”. 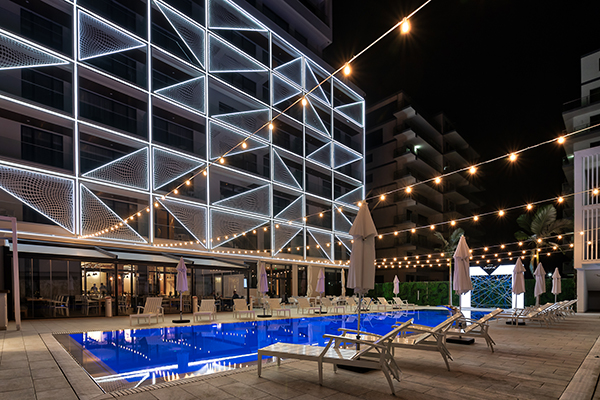 “We began working with the hotel before building was started,” says Craiu, “and although the initial specification was settled early on, there were inevitable modifications along the way. Fortunately, the Ottocanali range is well suited to system design changes on the fly.”

AudioVision were invited to specify the system by Low Voltage, the installation contractor with whom they had worked on many previous projects. Overall, the installation took nearly four months to complete, taking place as the hotel building work was being finished.

“The first request was to properly cover all the areas for music and messages and for some zones to also have the possibility to play music from a local source as well as centralised playback. EVAC messages were to have the highest priority, and they also requested the ability to make announcements to different individual zones or all together. The conference rooms, named Blue and Moon, were to have their own independent sound systems which could be combined when the rooms were merged into one larger room,” continues Craiu.

The Ottocanali 4k4 models were specified by AudioVision since they provided not only the ability to mix low and high impedance loudspeaker systems (over 80 loudspeakers are in use in the Nyota Hotel), but full switched-mode PSU redundancy, assignable signal priorities for emergency messaging, digital signal processing allowing full equalisation of all loudspeakers and a programmable matrix, all inside a radically space-saving and low power-consuming 2U of rack height for eight channels of amplification and processing. Six of the channels were configured for low-impedance loudspeakers with the remaining two channels used for 100V line feeds.

For the two 16-seat conference rooms and terrace, Craiu specified Powersoft Duecanali 804 devices. The conference rooms can be used individually or combined into one 40-seat space, and the Duecanali models make that easily possible, additionally delivering outstandingly low power consumption and thermal dissipation as well as connecting to the backbone of the audio distribution system. Projection facilities can be linked directly to laptops and tablets via Bluetooth.

The control of the power platforms is handled by Powersoft’s Armonía software, which is used not only for the system design and setup, but also provides simple control screens and can integrate with controllers from AMX and Crestron, for example, to make local use as easy as possible for non-technical operators. Different, password-protected views can be configured for different operators to manage specified zones and volume control. 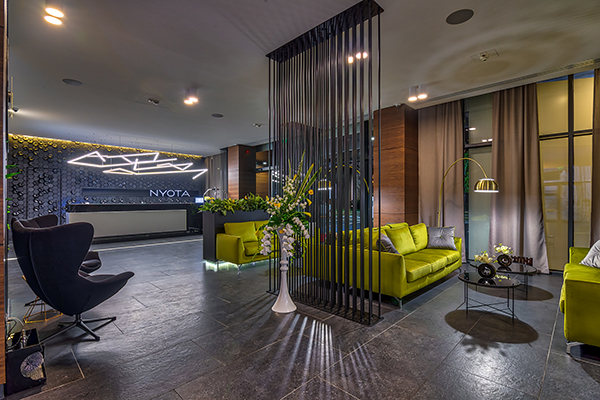 “The hotel doesn’t have its own sound engineers, but their IT staff are totally happy with the control systems we put in place for them.” Craiu set up the Operator view to a basic level (volumes for zones and sources), but can easily configure the operator panels at any time to have additional functionality for technical staff.

Craiu notes that with 80 loudspeaker connections, there could have been significant fault-finding and measurement time, but Powersoft’s Live Impedance curve, an integral part of the Armonia software, made loudspeaker supervision easier and gave them more confidence. “I also added a backup priority signal for any situation,” he said.

And has it been as simple and reliable as they asked for? “They have been running the system from the beginning of the summer season and they didn’t call me once, so no news is good news. Now they fully appreciate the quality of their amplifiers!”