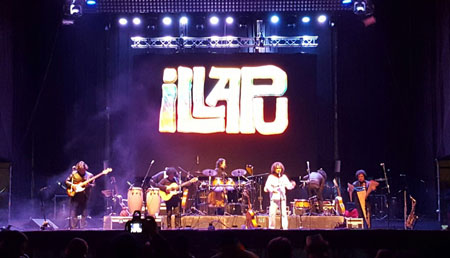 One of the most recent events to benefit from Consca’s services was the Semana Peñaflorina, a festival organized by the Peñaflor Council, responsible for part of Santiago’s Metropolitan Region.

Each day, the festival featured bands as the main act, playing different styles of national music. Names such as Inti-Illimani, Gepe, Lucybell, Natalino and Chico Trujillo, amongst others, topped the bill.

The festival spanned six show days in total – each show counting an audience of between 5,000 and 10,000. In addition, there were a further four days of theatre performances, all of them outdoors and catering to a thousand-strong crowd.

Consca deployed Powersoft amplification across all the stages of the festival. The active monitor mixing was handled through four-channel M50Q Powersoft amplifiers, whilst Powersoft M30Ds, K2s, and K20s powered the loudspeaker system.  With the sound system traveling through three different location setups throughout Peñaflor – and with each venue possessing different acoustics – changing the predictive analysis was a necessity at each new set up. 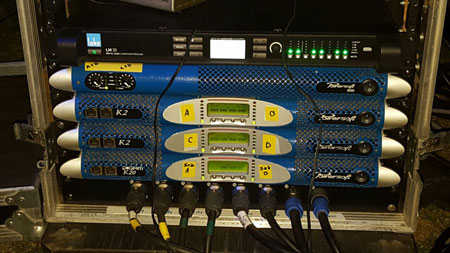 he amplifiers at each set up were conveniently stacked in two racks, located behind the loudspeaker assembly. The twelve monitoring amplifiers were located in a separate rack positioned discretely on the stage.

Each of the bands involved in the festival brought its own sound engineer for the event, but Comercial Consca supplied two of its own technicians for final system alignment and tuning following each predictive analysis.

“The band engineers were encouraged to try the system even though they didn’t know it. With faith in Comercial Consca engineers, once they had tried it the opinion was unanimous. They were shocked by each amplifier’s quality, energy, and reliability, with no noise and an incredible power”, said Luis López, Consca’s owner. “Many of the engineers asked us what we were using to power the system and when we showed them our Powersofts they were stunned”.

Important to note is that currently, Powersoft is the only amplifier brand Comercial Consca deploys to power up the sound systems they work with. “I’m very happy with the Powersoft amplifiers that were supplied by local distributor CyVmusic. The performance has far exceeded our expectations”, Luis concedes.