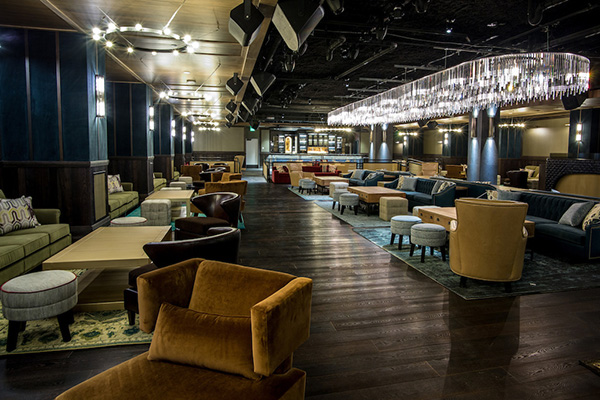 San Diego, CA, April 25, 2017 – While many night clubs may opt for either a low-key, classy vibe and others more of a high-octane club experience, the Montage Hotel Group wanted to have the entire package for a club in its newly built flagship hotel in the coveted Gaslamp Quarter of San Diego, The Pendry. They turned to Clique Hospitality Group’s CEO, Andy Masi to help achieve the perfect Southern California boutique hotel experience. Masi was quick to bring on long-time collaborator and nightclub industry veteran John Lyons to oversee sound system design for The Oxford Social Club, the hotel’s high-end lounge. Lyons looked to the compact power of Powersoft amplification for a system that would be hidden from sight but heard everywhere it needed to be.

Sound from the Ground Up?Lyons, an expert in his field known for his work on major clubs like The Avalon in Hollywood, quickly ascertained the needs of The Oxford Social Club during an early site visit. “It’s intended as a high-end, sophisticated lounge with lots of cushy seating, but I knew that at some point in the night in every lounge’s life it’s going to need to some horse power. So I specified a system that would be able to give me the power and clarity needed for a serious dance.” But Lyons had to work around the limitations of the physical space to achieve such a balance. “Since it was to be built from scratch, I made sure to specify sound treatment for much of the ceilings that I knew would give me a predictable sonic signature,” he says.

Hidden Power?With physical space in both the lounge itself and its rack room at a premium, Lyons specified Powersoft Ottocanali amplifiers driving Fulcrum Acoustic speakers for a low-footprint, high-impact sound solution. “Any time I do a project I try to identify the products that are the best fit,” he explains. “In this case we wanted high-powered, high-fidelity sound, but we didn’t want to take up a lot of visual space. We also had a relatively modest amount of rack real estate available for amplifiers. Powersoft and Fulcrum were the clear choice.” 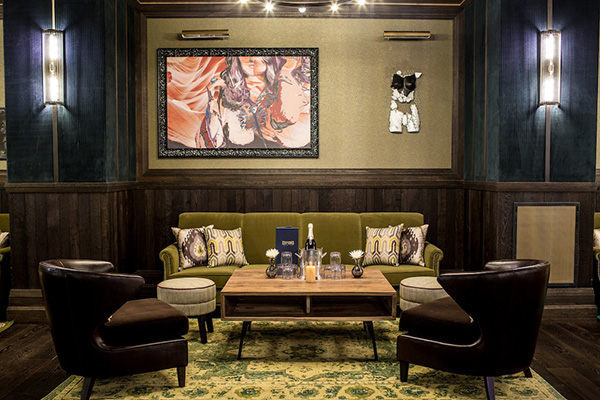 Lyons appointed a system that included 24 channels of Powersoft amplification over three Ottocanali 8k8 rack units, consuming a mere six rack units in The club’s small rack room. “It’s the equivalent of having a rack of 12 amplifiers,” Lyons notes. These amplifiers drive eight Fulcrum Acoustics 15” coaxial loudspeakers and eight double 15” subwoofers, as well as additional smaller side zone speakers placed near the entryway and bathrooms. The mains were carefully positioned inside soffits around the lounge, while the subwoofers were secreted into existing millwork and columns. “We hid the speakers well so that we could get even coverage throughout the space without deadening the visual impact of the lounge,” Lyons explains.

All That and More?The Ottocanali amps were well up to the task of driving the full speaker system with power to spare. “In order to get double 15” subs like that to sing you need a lot of headroom, and with their powerful output and damping factor the Ottocanali amps do that well,” Lyons says. The efficient Powersoft amps made providing power to the rack a snap. “Since it was a new construction we were able to have our power mapped out and built, but with the Powersoft amps it was simply a matter of tying our mains power into our rack,” Lyons explains. “It was nice that we didn’t have to allocate any more of our budget for special power accommodations.”

While his clients were pleased that the system met their expressed needs during the design process, Lyons is pleased that the system has the potential to go further than that. “I always tend to give my clients a little more than they ask for because I know that two hours into opening night they’re going to wish they had it,” he says. “With the Powersoft amps and the Fulcrum loudspeakers, this system is deceptively powerful. It’s kind of a wolf in sheep’s clothing. It can get really loud if the night calls for it.”
Lyons says he will continue to look to Powersoft for projects that require high output and minimal footprint. “The Powersoft advantage all comes down to power density and performance,” Lyons says. “You’re able to pack a lot of punch in a small envelope with great reliability, and that’s a powerful thing.”