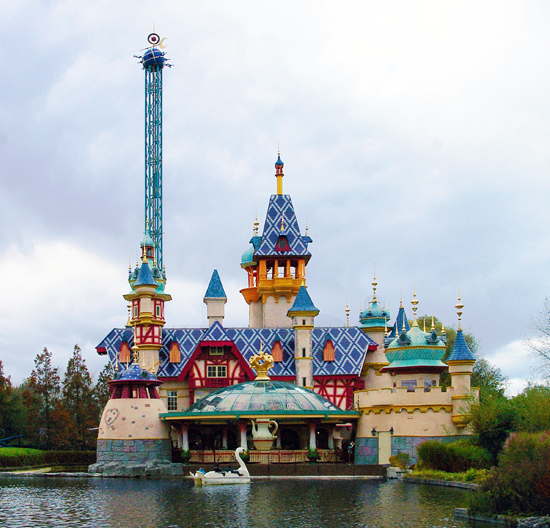 After the spectacular opening of Plopsaqua, the ambitious water park, at the Plopsa de Panne site, the next deadline was Hallowe’en — traditionally the busiest period for the attraction, when the Prinsessia Castle (modelled on the existing Belgian TV series), opened for the first time. Further bringing the TV characters to life, the five featured princesses also function as a girl group for the live events.

It is an elegant solution you will see frequently across the park’s 16 sound zones, which are in turn broken down into more than 100 sub zones. Just 2RU high, and in many cases networked to the existing Peavey MediaMatrix NION distributed audio system, the Ottocanali gives FACE the opportunity to take advantage of a Dante card swap and firmware upgrade to bridge the pre-existing CobraNet and Dante networks.

“Dante is working in a much more stable fashion,” he said. “Using a part of the existing fibre network we have to pass more than ten switches to reach some zones. With CobraNet we experienced a lot of drop-outs but Dante is really stable.”

And the Ottocanali 4K4 DSP+D is the perfect vehicle for this — as it proved recently at the Aqua park, the highlight of which is a full audio-visual experience featuring a 16-channel surround thunder storm and lightning show — again over a Dante network.

Says Kemland, “What I love about Powersoft is that in many zones, the speakers require separate level, EQ and delay, for music and for speech, This often incorporates up to 24 audio sub-zones in one attraction, such as ‘Mayaland’, and we can do this for each independent channel via three 2RU Ottocanalis in a very small amp rack.

“Also the new 4K4 you can connect either low impedance or 100V line so it’s easy and versatile. It’s an absolutely economical solution but we will only use 4K4’s DSP+Dante function if we do not have a local NION.”

The newly configured principal mobile stage in the main square is another destination that can suddenly find up to 4,000 people converging on the bandstand for high profile live events over and above a simple ‘meet and greet’.”

For this, FACE use a Powersoft K3 series to drive the Martin Audio subs and three M50Q HDSP+ETH [4-channel power amp with DSP and Ethernet] to power their XD series speakers. Once again, FACE has EQ’d and levelled the speakers individually via the amps, which are placed in a rack up in the roof.
Today, Plopsa de Panne is one of five indoor and outdoor amusement parks located in Belgium, Holland Germany, all of which feature Powersoft — a solution that Steve Van Camp from the Plopsa Invest Team (responsible for the sound investments) fully endorses. 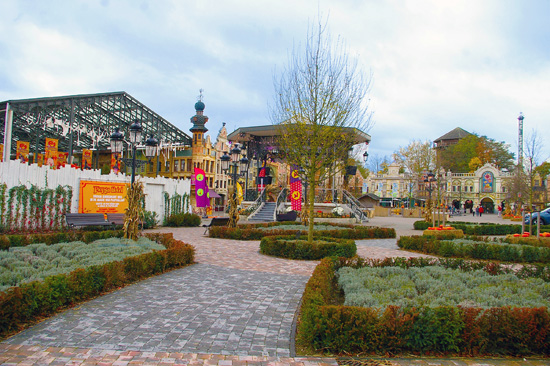 “In the past we had a big amplifier rack housing several amplifiers in every zone. Since we started using Powersoft we can run 16 channels on 1 x 16A supply and place them in the IT rack.” For maintenance too it has made a big difference, he says. “Where previously we needed someone for several weeks to undertake maintenance at the beginning of the season, it’s ready now in just a few days. The fact that we now have DSP and amplification on a single platform guarantees that we have a working, perfectly tuned and secured solution in every zone and sub-zone.”

Van Camp added that adopting the Dante protocol had further helped to streamline the operation. “It certainly gives us a more stable situation. Coming from CobraNet, by using Dante in both our NION network and in the Powersoft amplifiers it is much easier to create sub-zones and to control them. In recent years we have invested in a complete new fibre network, and the audio is also benefitting from this.”

Finally, an unsung but typically imaginative use of Powersoft technology in De Panne is the deployment of the D-Cell504 module on a little presentation stand, close to Prinsessia Castle, FACE produced a tiny weatherproof cabinet and plugged it with the tiny, lightweight 2in/4out amplifier module, with DSP on the output stage — making it a powerful tool to shape the audio signal and to apply the dynamic processing needed maximise the speaker output.

“With a small adaptation circuit we have created an iPod input and volume set-up, so we can tune every stage separately regarding maximum level and EQ and store all settings in the amp module. After tuning, operations can just plug in the iPod and play the song that’s appropriate to the meet and greet moment,” says Steven Kemland. More than 15 of these stages exist throughout all five parks.

Since the whole park needs to be operated by technically unskilled staff, simplicity such as this is the watchword. The complete system is under control from FACE’s office in Boom from where they carry out healthchecks and diagnostics.

Summarises Steve Van Camp, “It’s vital to have the right music in the right zone at the right volume.”