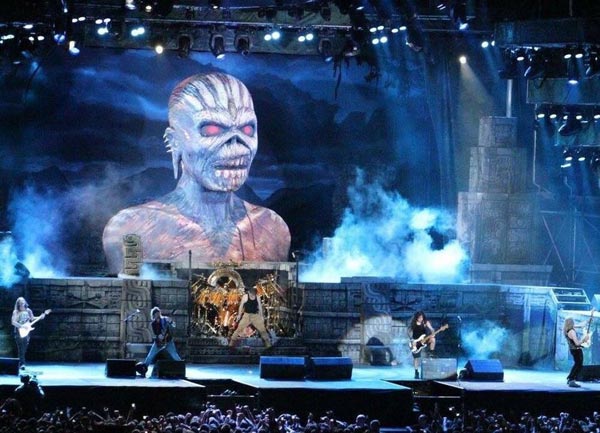 Buenos Aires, Argentina. June 1st, 2016 – Iron Maiden started its world tour in February this year to present its double album called The Book of Souls, which will last up to August. The first shows were done in USA, followed by several Latin American countries like Mexico, El Salvador, Costa Rica, Chile, Brazil, and Argentina.

In this last country, the band composed by Steve Harris (bass, backing vocals and keyboards), Dave Murray (guitar), Adrian Smith (guitar and backing vocals), Bruce Dickinson (lead vocals), Nicko McBrian (drums) and Janick Gers (guitar) presented two shows for a wide audience of new and “old” fans.
The first show was on March 13th at the Mario Alberto Kempes Stadium in the province of Córdoba, for 40,000 people, while the second one was staged at the Vélez Sarsfield Stadium in Buenos Aires on the night of March 15th, for 65,000 people. Both of them had English band Raven Age and American band Anthrax as opening acts.

Technical production in both cases was in charge of well-known Argentine company BALS – Buenos Aires Live Show. For the show in Córdoba, there were 48 Powersoft K10 units powering a JBL Vertec 4889-1 line array system with AA 2×21” subwoofers. 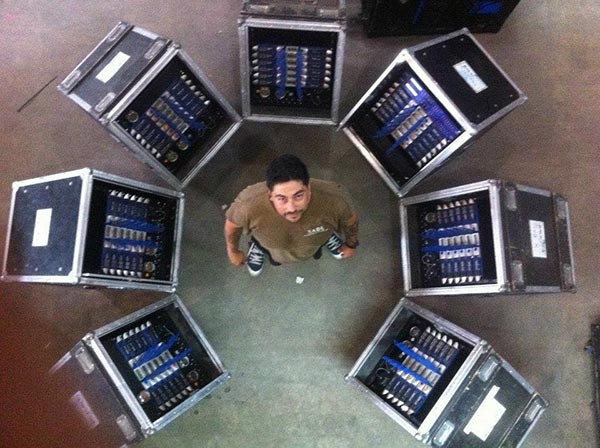 On the other hand, 14 Powersoft K10s were used for several AA 2×21” infra subwoofers at the Vélez Sarsfield Stadium.

For this tour, Britannia Row’s Martin Walker is acting as a sound engineer, together with Ian Walsh as a sound technician.

Always in stock
It is important to say that BALS has a total of 73 Powersoft amplifiers that are actively involved in most of the events they do over the year.

54 Powersoft K10s, 14 Powersoft K8s, two Powersoft K6s, and three Powersoft M50Qs are among the equipment available for powering the audio systems they work with.