Florence, Italy 24th June 2021 – As the largest and most versatile sports venue in the Shaanxi Province of Northwest China, the Xi’an Olympic Centre Stadium is due to host the opening ceremony and track and field competitions for China’s 14th National Games in September.

With an immense size of 866,667sqm, the newly built venue boasts three main zones: the stadium, with 60,000 seats; the gymnasium with 18,000, and the natatorium with 4,000. A venue of this size required a colossal audio system that could meet the ambitious needs of the stadium throughout the upcoming National Games and beyond. The responsibility of designing a high-quality audio system spanning across these three zones was given to Powersoft’s Chinese distributor EZPro.

“The brief we were given was to create a world-class audio system, that was advanced, stable, cost-effective, and flexible,” commented Yongjun Jiang, EZPro’s technical manager of the project. “With the system working as an entertainment, vocal, and emergency audio system, it was vital we used the best in the business to create the most reliable and impactful system possible. For us, this meant using top brands with the best technology on the market, including Powersoft.”

After investigating each venue’s size and acoustic conditions, and recognising speech comprehension as the most vital aspect of the audio setup, EZPro decided that the three venues of the sports centre were to be given different system layouts.

“Speech comprehension was the most significant aspect of the audio requirements, with the upcoming games and competitions held in the venue relying heavily on commentary,” explained Yongjun Jiang. “The stadium and natatorium adopt a distributed layout to ensure coverage to all the seats, while we opted for a more centralised layout for the gymnasium, as it’s a smaller venue. Each EAW loudspeaker is given its own independent channel, allowing to simplify control of audio coverage and reduce interference.”

EZPro chose to use 136 EAW loudspeakers for the stadium.

“The catwalk in the stadium has a weight limit for loudspeaker installations, so we had to take that into account when creating the system,” said Yongjun. “We also needed to consider the durability of any products we put out there, and in particular ensure that the loudspeakers were weatherproof, lightweight, precise, and with a high output.”

“With reliability as the most vital requirement, choosing amplifiers that were up to the immense task of driving this system was crucial,” said Yongjun. “Powersoft amplifiers have an incredible reputation, we knew them to be highly efficient and extremely reliable, not to mention their immense power output, which made them the perfect choice for us.”

EZPro wanted to avoid potential failure throughout the signal path of the audio system, which is where Powersoft’s Quattrocanali powerful DSP processing became vital.

“The built-in DSP modules Powersoft offer were incredibly useful, as the advanced EQ,” continued Yongjun. “And with lengthy cable runs like the ones we used for this installation; the active damping control feature was also essential.”

For the diamond-shaped gymnasium, sound reverberation presented another challenge, along with the need for the space to transform into a basketball court or an ice hockey rink when needed. For this area, EZPro opted for a total of 70 x EAW loudspeakers, a combination of RSX212Ls, RSX18Fs, RSX129s, and VFM129is. Accompanying the loudspeakers are three Allen & Heath digital mixers and two Symetrix digital processors.

“The way they are organised provides the acute direction of the sound and reduces any diffusion into the bleachers by the stage, which improves speech comprehension in the venue,” said Yongjun.

For these 70 speakers, a single Powersoft Quattrocanali 4804 DSP+D is able to provide ample power and high-quality audio.

Finally, the natatorium features 30 EAW loudspeakers powered by eight Powersoft Quattrocanali 4804s DSP+D, along with two Allen & Heath digital mixers and two Symetrix processors. “The Powersoft amplifiers play a significant role throughout the entire venue,” said Yongjun. “Main signals go directly into the amps with Dante cards before feeding the loudspeaker systems, which ensures the best signal quality. The amps are capable of detecting and switching channels automatically as required, whilst dealing with all the digital and analog signals flawlessly.”

The immense system is supported by ArmoníaPlus, Powersoft’s system design software which has been devised to allow for simplistic control of complicated installations. The software allowed EZPro to speed up the initial system commissioning phase, thanks to its speaker pre-set models and has continued to be an essential part of the system control.

With ArmoníaPlus, operators can quickly check if the amplifiers are online, their signal and temperature ranges, and they can monitor the speaker impedance, whenever and wherever required.

“The clear and intuitive user interface of ArmoníaPlus is a crucial asset to the installation for daily system operation,” said Yongjun. “The offline editing functions, quick set up and group control functions are extremely practical for the install.”

ArmoníaPlus allowed EZPro to visually represent the amplifiers in their locations, thanks to its customisation features. “The amplifiers located in the four different rooms are replicated in corresponding zones in the software, arranged in actual installation order. It’s completely invaluable for operators and makes controlling this complex system intuitive,” said Yongjun.

The entire installation spanned just over a year and was completed in July 2020. “Overall we were really pleased with how the installation turned out,” said Yongjun. “Everything went exactly as we planned, and the delivery and final result have been commended by the client.”

Zhou Jun, chief technical engineer of the stadium project commented: “The schedule was pressing, yet the sound system installation and commission were finished on time thanks to EZPro’s efforts. Third-party experts were invited to approve the installation, and they gave high praise and recommendation to the installation. It lives up to the highest Chinese standard for fabulous technical performance, including max SPL, sound field uniformity, and sound fullness.” 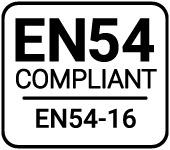